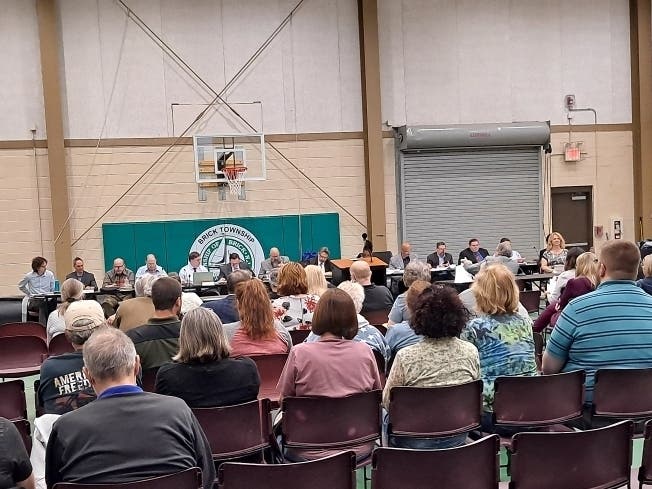 BRICK, NJ — The 30-acre parcel where a developer proposed to build 59 homes in the Breton Woods section of The Brick would be clearcut over a 30-day period to make way for the homes, the developer’s attorney said Monday night .

And DR Horton will not agree to create a conservation easement or pocket park on the property to preserve any part of the forest, said John Giunco, DR Horton’s attorney.

“The plan we are proposing meets the requirements of the order,” Giunco ​​said.

Monday night’s hearing on the proposed 59-home development “The Havens at Metedeconk” focused on the environmental report on the plot, which sits off Laurel Avenue.

The next hearing, scheduled for June 20 at 7 p.m. at the Civic Center, 270 Chambers Bridge Road, is expected to focus on the technical report.

The property, currently owned by the Church of the Visitation, has no wetlands on the property and is not in a flood zone as defined by the Federal Emergency Management Association, said Kristin Wildman, the specialist for the environment who testified for DR Horton.

Because there are no wetlands and because the proposal is for fewer than 75 homes, the project does not need a review under Coastal Area Facilities Review Act rules, Wildman said.

Instead, the rules that apply require the developer to list the species of plants, trees, and animals that live on the property. It’s also necessary to search for possible threatened and endangered species, but only for those whose habitat within a mile of the site suggests they might be living on the property, Wildman said.

Wildman said the clearcutting of the site would take place over 30 days, with 1 acre of trees being cleared per day. She did not have a total count on how many trees would be removed, as they were not required to count the number of trees existing on the plot. The application includes the addition of approximately 1,100 trees and bushes to compensate for what would be cleared from the property.

Several residents questioned Wildman’s conclusions in his report, which were based on three or four trips by Wildman and his staff to examine the site.

Bald eagles, which have been seen in the area, have not been seen on the property, she said in response to several questions.

The habitat at the Breton Woods plot was “not suitable foraging habitat,” Wildman said, prompting mumbles of disagreement from the audience, who took most seats in the Civic Center auditorium. .

Eastern box turtles, which are listed as a species of special concern in New Jersey, were also discussed, meaning there is evidence that its population is declining. Wildman said she had not seen any on the plot and did not believe it was suitable habitat due to what she said was evidence of ATV use at the site. .

When asked after residents said they saw the turtles, Wildman said that while she hadn’t seen any and didn’t think it was likely there were any eastern box turtles on the property. , it was always possible that they were present.

Development restrictions under the New Jersey Department of Environmental Protection apply only to threatened and endangered species that are found on a particular parcel of land.

Residents disputed Wildman’s report that ATVs were used at the site, saying they had never heard them in the decades they lived next to the site.

Confirmation that the property would be clear-cut of all existing trees and shrubs angered residents, who expressed concerns about where wildlife would go on the site. A multitude of animals including deer, raccoons, foxes, opossums, birds and more have been cataloged at the site, Wildman said. When questioned, she said there were two plots of green space nearby where wildlife displaced from the plot could go.

Guinco, DR Horton’s attorney, has repeatedly reiterated that the proposed development complies with Brick Township state ordinances and law, and would not be altered to accommodate any of the existing trees.