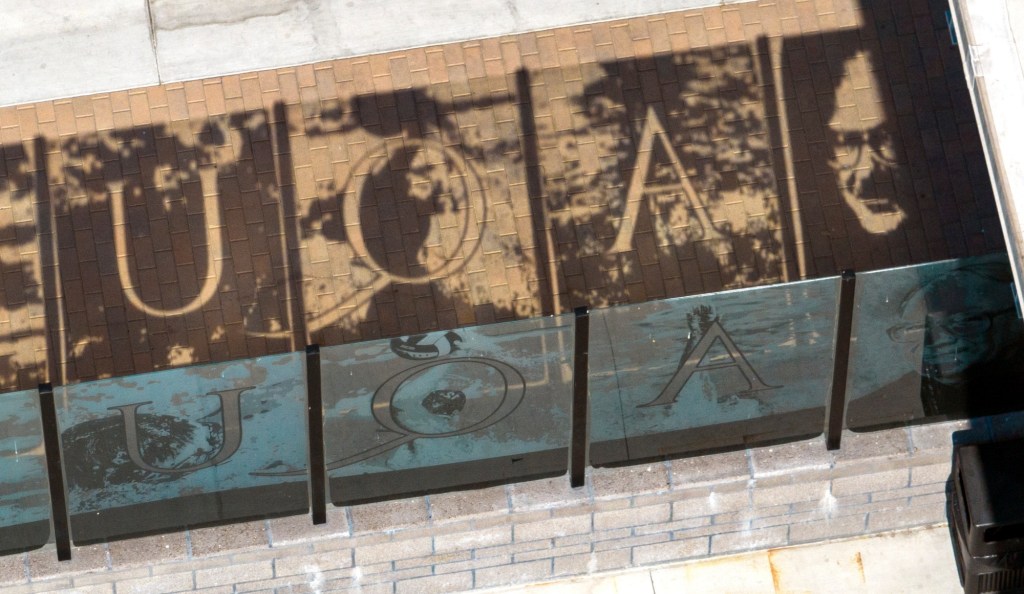 Servite High School is removing Father Kevin Fitzpatrick’s name from the school’s aquatic center after allegations that Fitzpatrick molested a Servite student in the 1970s, according to a letter obtained by the Orange County Register.

The decision follows the recently filed lawsuit in Orange County Superior Court against Servite, the Diocese of Orange, the Archdiocese of Los Angeles and the Order of Servants of Mary by the survivor who alleges that Fitzpatrick molested and sexually assaulted him more than a dozen times in a year.

The man decided to sue after he stumbled across the Father Kevin Fitzpatrick Aquatic Center, a state-of-the-art $5.7 million facility completed in 2017, while visiting the Servite campus in the summer of 2021.

The lawsuit is possible thanks to Assembly Bill 218, which was signed into law by Governor Gavin Newsom in 2019 and took effect on January 1, 2020, created a three-year window to file past claims that had expired under the statute of limitations.

The Servite decision to remove Fitzpatrick’s name from the facility “shows how powerful the new law is and how powerful this survivor who comes forward is,” Reck said.

“This decision is because this survivor came forward and spoke the truth,” Reck continued. “Servite didn’t wake up one day deciding to do the right thing. This decision was imposed on them.”

Reck said other survivors have come forward with sexual abuse allegations against Fitzpatrick.

“Father Fitzpatrick survivors don’t need to live in silence and shame,” Reck said. “They can come forward and they have rights and I’m so proud of the brave people who have already come forward and forced this change. to Servite.”

Servite President Chris Weir did not immediately respond to a request for comment.

Servite, in a letter to the school community, said that after “careful consideration and prayerful consideration” he was removing Fitzpatrick’s name from the center pending the outcome of a review by the school on the allegations. The decision, according to the letter, was to “demonstrate our commitment to healing and reconciliation.”

“These allegations are deeply troubling and were previously unknown,” the letter continued. “Together with the Order of the Brothers Servants of Mary, the Servite High School is engaged in a thorough investigation of the allegations. As Catholics, we must do all we can to reduce the suffering and pain of others. We offer our prayers for the continued strength and healing of all survivors of abuse.”

Fitzpatrick worked at Servite from 1970 to 1992. He transferred to Our Savior Catholic Church in the Archdiocese of Los Angeles in 1993, then a church in suburban Portland, Oregon in 1994. Fitzpatrick died in 1997.

Fitzpatrick, known as Father Fitz, was a beloved trainer and teacher at Servite. In addition to coaching, teaching, maintaining the school pool, opening it up to neighborhood kids, Father Fitz was known for giving Servite students free haircuts on the pool deck and in the barber chair he kept in a desk in the school annex. p>

“Father Fitz was a model brother, providing spiritual guidance and direction, and it’s important to take the time to say thank you,” then-Servite President Pete Bowen said at a ceremony. inauguration of works in April 2016 for the aquatic center.

The survivor, now 60, in an interview with the Court Register and Records, portrayed Fitzpatrick as a predatory priest who regularly preyed on a shy and insecure little boy.

“The first two years (at Servite), I assumed he got me in,” said the man, who estimated he was 5-foot-5 and 125 pounds as a freshman. first few years, I was petrified at the idea of ​​being absent at any time.

“I was a very small child and I looked feminine.”

The man estimates that ‘at least 20 times a year’ while he was at Servite, Fitzpatrick would tell him he needed a haircut and bring him to his desk and tell him to sit down in the barber chair.

“It was a ritual. It was disgusting to me. I was terrified.”

“I feel sorry for that kid,” the man said. “I changed my name (as an adult) because I want that guy gone. I didn’t want to be that kid anymore. Because that kid was so fragile. I cried every day. cried every day until my 18th birthday.”

The sexual assaults stopped during the boy’s senior year when he reached 5-8, 190 pounds.

“I remember one time he literally said, ‘Come get your hair cut,’ and I said no,” the man recounted. “And he realized I could break his jaw .”

The lawsuit also alleges that Sevite employees missed obvious signs that should have alerted them to Fitzpatrick’s misconduct. The man also suspects he wasn’t Fitzpatrick’s only alleged victim.

“Father Fitz had a bedroom, it’s his own space. With a barber chair, the man said. “That’s a red flag.

“He was the most popular person in school and all of a sudden he left. They transferred Father Fitz. Why?