Center Point duo lead Eagles over Jackson-Olin in Class 6A 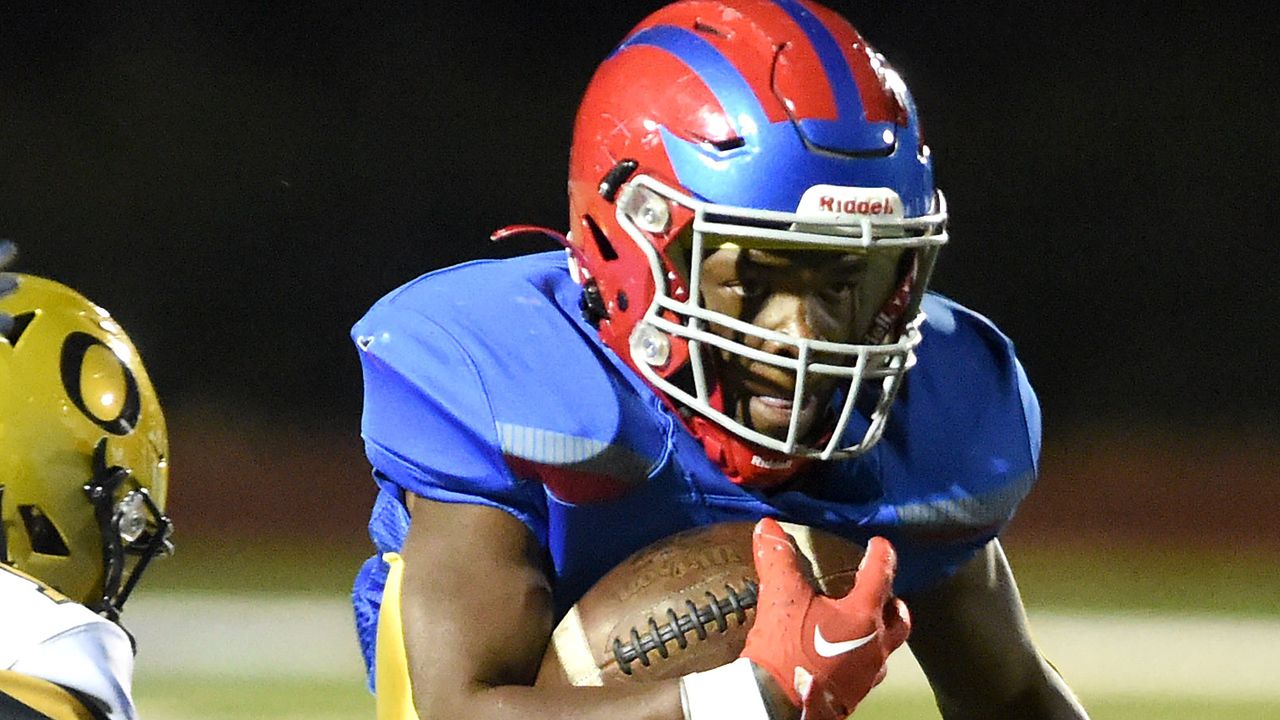 Center Point duo lead Eagles over Jackson-Olin in Class 6A

The Center Point duo of Troy Bruce and Jabari Collier have done it again.

Running back Bruce and quarterback Collier accounted for all three touchdowns and all but 44 of the Eagles’ offense in the 26-8 victory over Jackson-Olin in the first round of the Class 6A playoffs.

“Going into 6A, we had a lot of doubts,” Collier said. “A lot of people thought we were going to lose in the first round. We felt we had something to prove.

The eighth-placed Eagles (9-1) had two first-quarter scores on passes from Collier to Bruce — 16 yards and 49 yards — for a 16-0 halftime lead. Bruce ran for 11 yards for a touchdown in the third quarter with Gerrell Perry’s 30-yard field goal ending the onslaught in a game marred by personal fouls and ejections.

Game Star: Senior running back Bruce scored three touchdowns on the night. Two of them come on receiving touchdowns to lead his team to victory.

“That’s what we work on a lot in training,” Bruce said. “Nowadays ball carriers have to be versatile. They have to be able to run and catch.

Game of the game: After a failed punt attempt early in the second period, Bruce extended the Eagles’ lead with his lone rushing touchdown for a 23-0 lead.

Key sequence: After the Mustangs scored their only touchdown of the game, they managed to recover an onside kick, which went through several players before being recovered inside the Eagles 30-yard line. On the next play, Center Point’s Antonio Garfield grabbed his second of two interceptions on the night, crushing any thoughts of a comeback for the Mustangs.

“They keep testing me, man,” Garfield said. “They caught that touchdown, I just had to bounce back.”

“Just a weird, crazy athlete,” Collier said of Bruce. “He can do anything. Catch, run, anything you ask to do, he can do.

Jackson Olin Quarterback La’marius Byrd passed 2 of 8 for 83 yards with a touchdown and three interceptions. Jabari Poellnitz had a catch for 74 yards and a touchdown.

By the numbers: Each team finished with double-digit penalties, Center Point with 11 for 75 yards and Jackson-Olin with 10 penalties for 85 yards.

Coach language: “I didn’t think we’d be so rusty not having a game last week,” Center Point coach George Bates said. “We have been restless all week. I thought it was because we were ready to face an opponent. We knew it would be a rough game. Just because the teams think they can push us around. We need to react better than just react. But we have a tough fight ahead of us and it’s about surviving and moving forward.

“Hostile environment, lots of emotions flowing,” Jackson-Olin coach Jamaal Bess said. “We made a few mistakes early on. We just haven’t played are the best.

And after? Center Point goes to Hartselle, fifth.