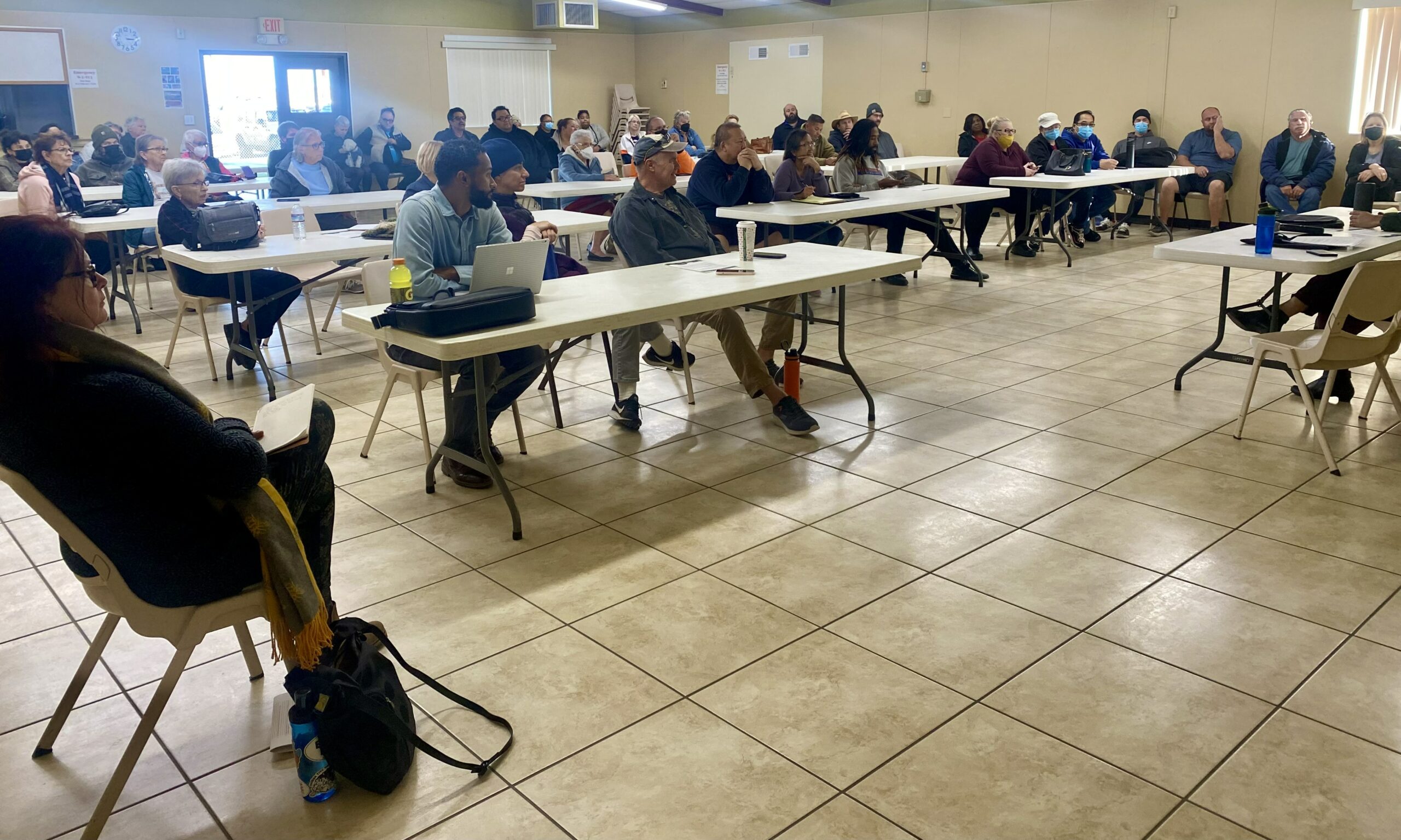 On Sunday evening, more than 40 residents of the Indian Cove neighborhood in Twentynine Palms met with developers of a planned resort for the adjacent 218-acre parcel.

The Patriotic Room was packed last night with residents of the Indian Cove neighborhood of Twentynine Palms who expressed numerous concerns to Joubin Sedgh, the new owner of the 218-acre plot planned for the resort’s development. Sedgh was joined by project director Hooman Fazli, who attended the meeting from Iran via Facetime.

The two-hour meeting covered a long list of resident concerns, such as the impact of a commercial development in a residential community, effects on wildlife, disruption of the natural watershed, increased traffic, sewer plans and light pollution.

A pre-application for the development was submitted to the city on March 24, and the parcel was sold in early October for $950,000. The meeting was preliminary as no plans have been approved and none of the approximately 20 required pre-construction studies have begun. The parcel, zoned RL5, is bordered by Indian Cove Road (which leads to Indian Cove Campground) and Joshua Tree National Park.

Alicia Pike, co-host of the environmental podcast “90 Miles from Needles”, was also present and spoke up for the virgin land. It was noted several times throughout the meeting that approximately two-thirds of the land is a wildlife corridor and is home to many desert tortoises. Urging developers to look elsewhere, Pike said, “It’s certainly not the only beautiful plot available for development.”

In the ensuing dialogue, Fazli replied, “I’m not sure that NOT developing this ground is on the table. Something will eventually happen on this earth.

What some in the audience called a “low level threat”, Sedgh frequently pointed out that the land could also be developed into 44 five-acre parcels as a modern sub-division with a much higher level of environmental disturbance. , implying that the station would be – as one participant called it, “the lesser of two evils”. The developers say they plan to concentrate the domes in a small area and leave much of the terrain untouched.

The developers expressed great affection for the desert and worried about the delicate nature of the plot, but the residents didn’t have it. Already tired of battling the high influx of short-term rentals in the bay, residents saw the sudden appearance of huge two-story homes that blocked views and sparked the ire of an otherwise sleepy community that stands alone at the west end of town.

There is no timetable for the project.

For more information and to receive notice of upcoming meetings, contact [email protected]