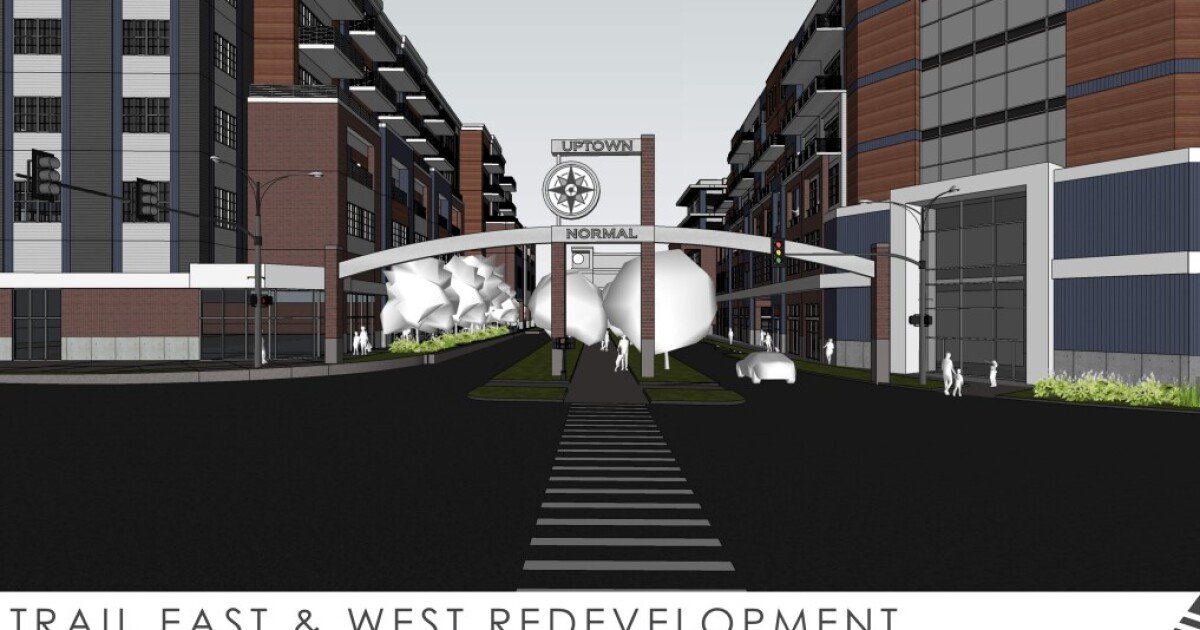 City of Normal staff recommended that the city council select a Cedar Falls, Iowa-based development company to build the $50-60 million Trail East and Trail West projects in Uptown. The five- or six-story mixed-use buildings on the north side of Uptown Circle would straddle Constitution Boulevard.

“The proposed development will add approximately 198,400 square feet of mixed-use space to Uptown Normal. It will create space for retail stores and restaurants, commercial offices and more than 150 residential units,” according to documents prepared for consideration by the board by Monday. Meet. “It will bring new and expanded commerce, create office space that will increase employment and allow many individuals and families to settle in Uptown Normal.”

There would be retail, restaurants, and other businesses downstairs, offices on the second floor, and housing above. The focus is more on residential housing than in a previous development effort approved in 2017 that fell victim to the pandemic.

The Trail East building reportedly retains a controversial mural on the brick siding of a building slated for removal. A wall of the building would be incorporated into the design of the new structure. Some structures on the west side of Constitution Boulevard would also be removed to allow for development.

“With the recent economic surge driven primarily by Rivian, this development will enhance our ability to attract and retain those seeking to live, work and play at Normal,” staff said.

If council approves on Monday, the city will begin negotiations on a formal redevelopment deal with Eagle View Partners, founded in 2011 by Mark Kittrell and his daughter, Audrey Kittrell. Their first projects were residential projects in downtown Cedar Falls, Iowa. City staff said Eagle View has since expanded a portfolio of properties in Iowa. The final redevelopment deal, including government incentives, would be presented to council by July.

They are finalists of four proposals made to the municipality. Staff selected two for further discussion, and the development concept for Eagle View emerged from the process in February. Since then, the city has held design discussions, verified project financing, owners’ equity and investor capacity. Eagle View would partner with Farnsworth Group for engineering and construction management company DCI Group.

The buildings were envisioned in Uptown’s now two-decade-old redevelopment plan.