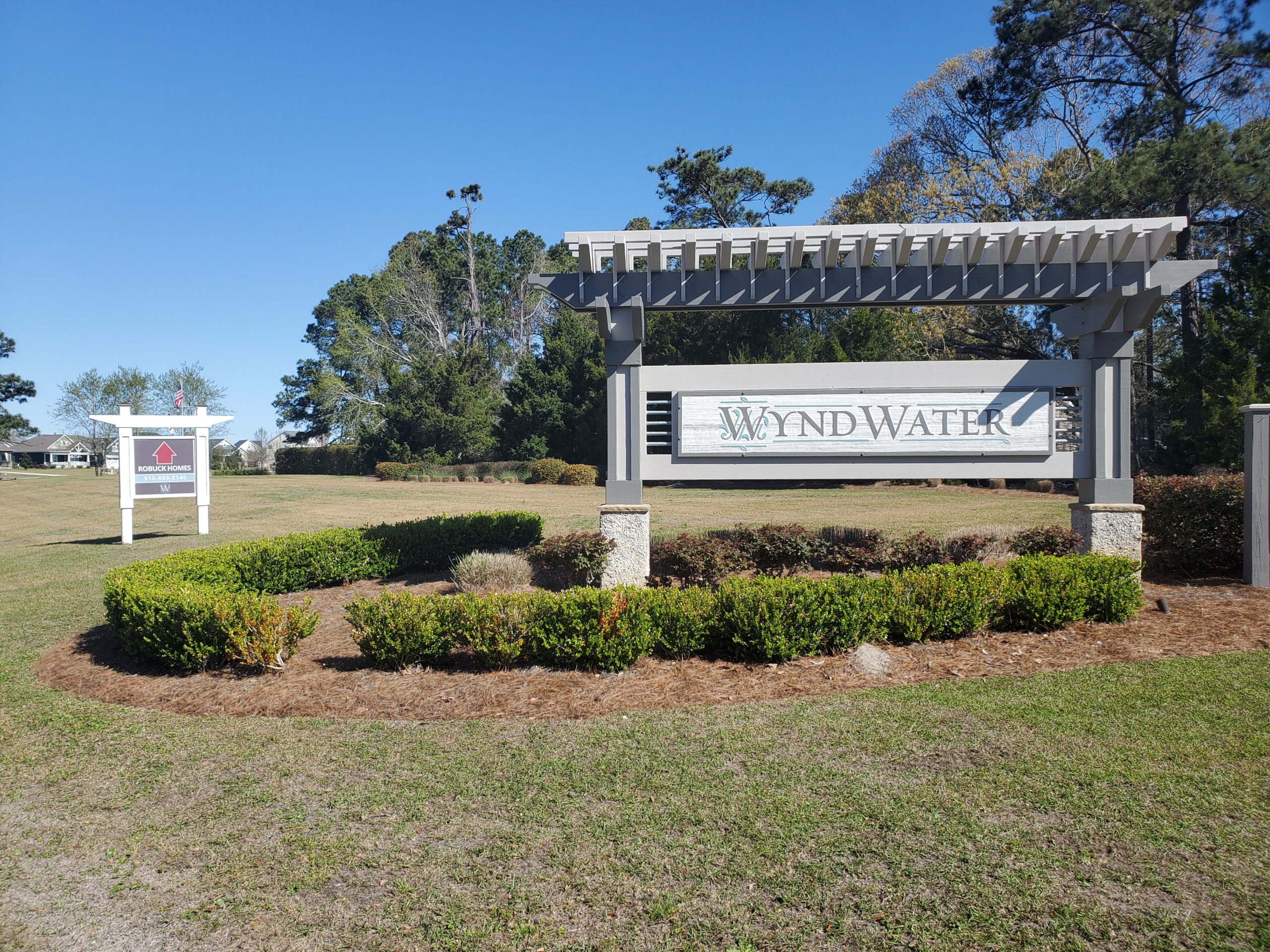 HAMPSTEAD – Mike Pollak of Signature Topsail NC is asking the Pender County Board of Adjustment to overturn a planning board decision to deny its reviews to Wyndwater. The quarter, nine years in the making, still has three phases left before completion.

Earlier this summer, the seven-member planning council voted unanimously against Pollak’s 10th round of reviews, questioning his views on stormwater management.

Pollak appeals to the Board of Adjustment Aug. 17 for a development master plan review that would allow him to reposition townhouses, increase non-residential areas to 9 acres along US 17 and remove a part of the development “is no longer needed”. “This would reduce the total area from 235 to 206.

Pollak told council at its June meeting that he no longer owned part of the land, called “Phase 10”, and wanted it removed from his master plan. He explained that he had “swapped” it for another piece of land which would provide a second entrance to the development from Sloop Point Road.

The 41 homes allocated on this land would be moved to a parcel north of Champion Drive and south of Topsail Greens Drive. There would be 116 townhouses in total planned for the new location.

Relocating townhouses to the proposed site would interfere with at least 40 residences already built, which rely on septic systems installed prior to advanced stormwater drainage practices now required under the updated land use code. Pender County Day.

Planning board members and community opponents were unhappy with Pollak’s proposal to mitigate stormwater runoff. Basically, the planning board said they didn’t have one; the details had not yet been sufficiently fleshed out.

Specifically, Pollak did not specify how he would divert stormwater and tackle the inevitable flooding of the land.

Neighbors have noticed large pools of water already coming from retention ponds that overflow after heavy rains. Most opponents of the project live in Topsail Greens, which borders Wyndwater; Pollak’s newly planned additions would be directly abutting their properties. They showed photos of their flooded homes and yards from the hurricanes.

The developer’s engineer Garry Pape, president of GSP Consulting, PLLC, explained to the planning council in June that he had walked the property to locate the current ditches and that in due course he would have a more concrete plan. Pape noted that he did not need a full stormwater plan before final approval of the rig.

County Planning Director Travis Henley confirmed at the meeting that a comprehensive stormwater plan will be required as part of preliminary platform approval, the next steps in the process. Margaret Mosca, a member of the town planning council and an engineer, asked anyway: “So, you’re going to find out later? I understand that?

Pollak said he was “100% confident” that future plans would meet the county’s stormwater criteria.

Other neighbors have expressed concerns about the destruction of wildlife habitat and the traffic and safety issues that the Wyndwater addition would create. The development is located near US 17., currently delivering 40,000 cars per day. According to the app, the entire development will generate 5,917 additional trips every day.

Sitting on 243 acres, Wyndwater was originally approved by the county in 2013. Six of its 10 phases have received final flat approval and are mostly complete, with one still under construction. The overall plan is approved to include 529 units, with the most recent revisions given the green light in March 2021.

The five-member quasi-judicial adjustment board that hears appeals, variances and requests for interpretation of Pender’s ordinances code votes next week on the appeal. Applicant would still need to meet all county requirements and agree to terms of approval

If the planning board’s decision is overturned, it would be the last step for Wyndwater to complete construction.

The meeting will be held Wednesday at 9 a.m. in the Pender County Public Assembly Hall, 805 S. Walker St. in Burlaw. The public is invited to attend or direct the procedure.

Want to know more about PCD? Subscribe now, then sign up for our morning newsletter, Wilmington Wire, and get the headlines delivered to your inbox every morning.