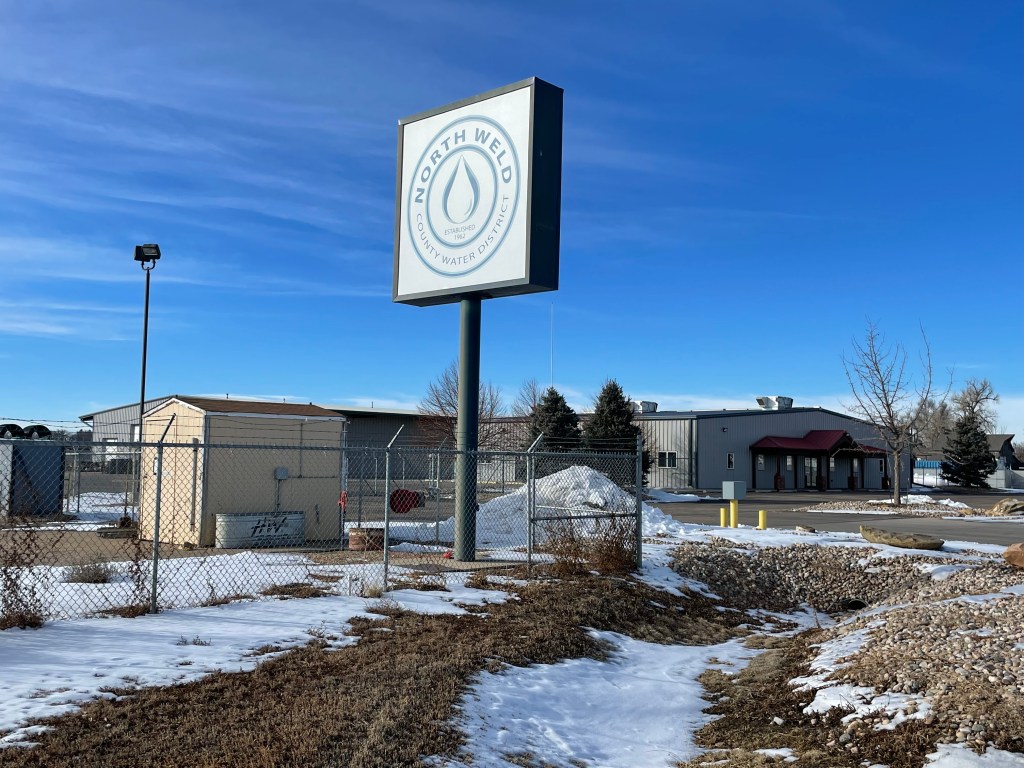 LUCERNE — A residential developer in Weld County has sued the North Weld County Water District over its moratorium on new faucets.

Eagle View seeks damages in an amount to be determined, an injunction requiring the district to provide water service through faucets for the project, and other judgments, including attorneys’ fees and expenses.

“I cannot comment on ongoing litigation,” Reckentine said. “We just don’t want to make any statements to the press while we work on this issue.”

“I will tell you that the allegations in our complaint are, in our view, self-explanatory and we will not comment further on the ongoing litigation,” Skogg said in a voicemail message to BizWest.

In October, the Fort Collins City Council exempted ASPIC III from its 1041 regulatory process, but Larimer County has yet to do so.

But the North Weld tap moratorium also affects projects in unincorporated areas, such as Eagle View Farms, located just outside the Greeley town limits. The 63-acre project is located near Seeley Lake and includes 24 housing lots of at least 1.75 acres, according to the project’s website.

Eagle View Farms and North Weld signed a water service agreement in May 2006, the lawsuit says, in which the district agreed to provide 24 residential water taps and one tap for irrigation and open spaces .

Eagle View received a letter from the District on January 5 stating that “the warranty period obligations regarding Eagle View Farms PUD were fully satisfied as of the close of business on December 19, 2021,” according to the lawsuit.

Eagle View contracted with a buyer on Dec. 13 to sell residential land, with a closing date of Jan. 14, subject to receipt of confirmation from the district water utility.

That confirmation never came, with the district citing its moratorium on taps.

Eagle View had committed to sell one lot, with a closing date of Jan. 14, but, “As a direct result of the district’s failure to provide confirmation of water service for the lot and commit to sell a water tap for the lot, the buyer has not closed the lot and the contract for the sale of this lot to the buyer has been terminated.”

The lawsuit states that the district “reneged on its contractual obligations to the developer by refusing to provide water service and refusing to sell a faucet for the lot and stating in its December 30, 2021 letter to the developer that”[b]Due to the moratorium, the District is not selling water faucets at this time” and that “the District cannot [guarantee] the chronology of availability of the taps at [Developer].’ These statements constitute District’s current, affirmative, and unequivocal refusal to perform its obligations under the WSA.

“The District’s anticipated violation of the WSA has caused and continues to cause harm to the developer in the form [of] loss from the sale of the lot referenced herein and reputational damage in the form of financial loss resulting from the developer’s inability to sell lots in the water-serviced development. »

Reckentine previously told BizWest that he would recommend to the District Council to partially lift the moratorium on taps at its Feb. 14 meeting, but it’s unclear how many taps will be allowed.

This article was first published by BizWest, an independent news agency, and is published under a license agreement. © 2022 BizWestMedia LLC.