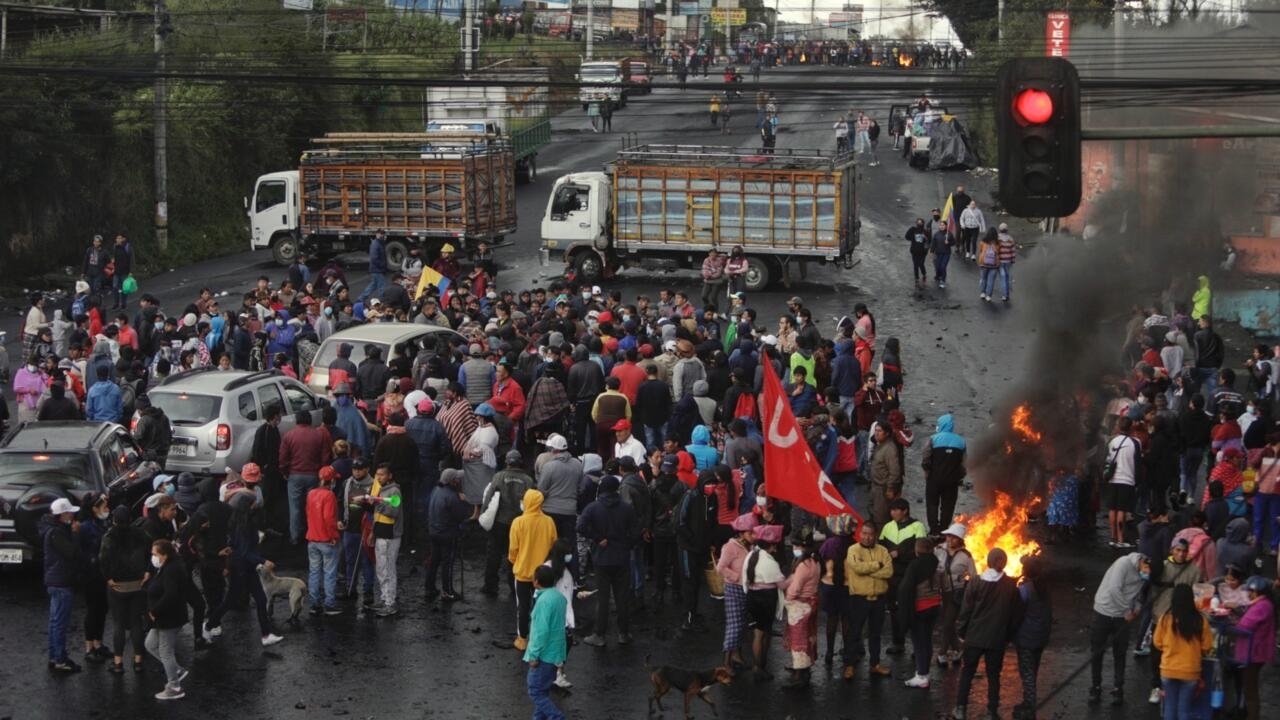 Quito (AFP) – Ecuadorian police on Sunday requisitioned an indigenous cultural center in Quito to use as a base to monitor anti-government protests by indigenous peoples, the institution said.

“The national police (notified us) of the requisition of the place, under the state of emergency”, indicated the Ecuadorian House of Culture.

President Guillermo Lasso on Friday declared a state of emergency in three provinces, including the capital Quito, to put an end to the sometimes violent demonstrations.

The state of emergency empowers Lasso to mobilize the armed forces to maintain order, suspend civil rights and declare curfews.

The powerful Confederation of Indigenous Nationalities of Ecuador (Conaie), which is credited with helping to overthrow three presidents between 1997 and 2005, called on the protests to demand controls on fuel prices and cheaper food.

The indigenous community represents more than one million of Ecuador’s 17.7 million people, and their protest has been joined by students, workers and others.

Protests have blocked roads across the country, including highways leading to Quito.

Oil-producing Ecuador has been hit by rising inflation, unemployment and poverty exacerbated by the coronavirus pandemic.

The requisition of the House of Ecuadorian Culture – which houses theatres, cinemas, a museum and a library – came on the eve of the arrival of more indigenous protesters in the capital, where a night curfew of seven hours is in effect.

The center sheltered thousands of Indigenous people in October 2019 during violent protests over rising fuel prices that left 11 dead and more than 1,000 injured.

“National police and soldiers entered” the building and “hundreds of armed elements besieged it,” the Ecuadorian House of Culture said in a statement.

“Joy is dead tonight, the House of Culture has fallen into the hands of police terror, we live in a dictatorship,” Fernando Ceron, president of the cultural center, tweeted on Sunday.

Ceron also tweeted a copy of the police requisition order.

Talks with President Lasso failed to end the protests.