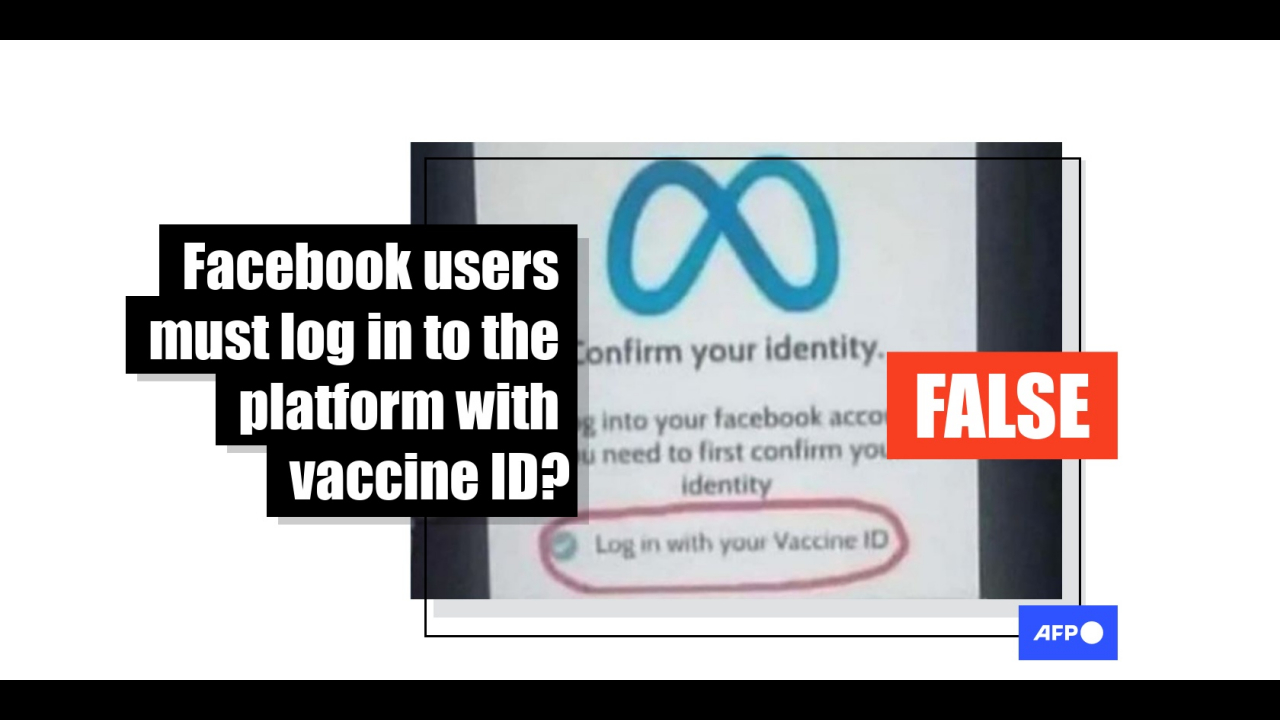 An image shared in several social media posts appears to show Facebook asking for a vaccination ID to log in. The messages have been circulating ever since the tech giant announced it was changing its name to Meta in October 2021. It’s not true; AFP has confirmed that as of the date of this publication, the image does not show an actual Facebook login screen. A spokesperson for Meta, the parent company of Facebook, Instagram and WhatsApp, said the image was fake.

However, the picture is wrong.

As of the date of this publication, AFP Fact Check has confirmed that Facebook’s homepage does not require vaccination status or ID to log in.

Below are screenshots of the mobile (L) and desktop (R) versions of the Facebook login page:

Screenshots of the mobile (L) and desktop (R) version of the Facebook login page, taken on February 17, 2022

A quoting tweet from the same account that Stone replied to and a reply to the deleted tweet indicate that the spokesperson commented on the fake login image.

AFP has done further fact-checking on Meta and Facebook here and here.

AFP works with Meta as part of its third-party fact-checking program in more than 80 countries and 24 languages.