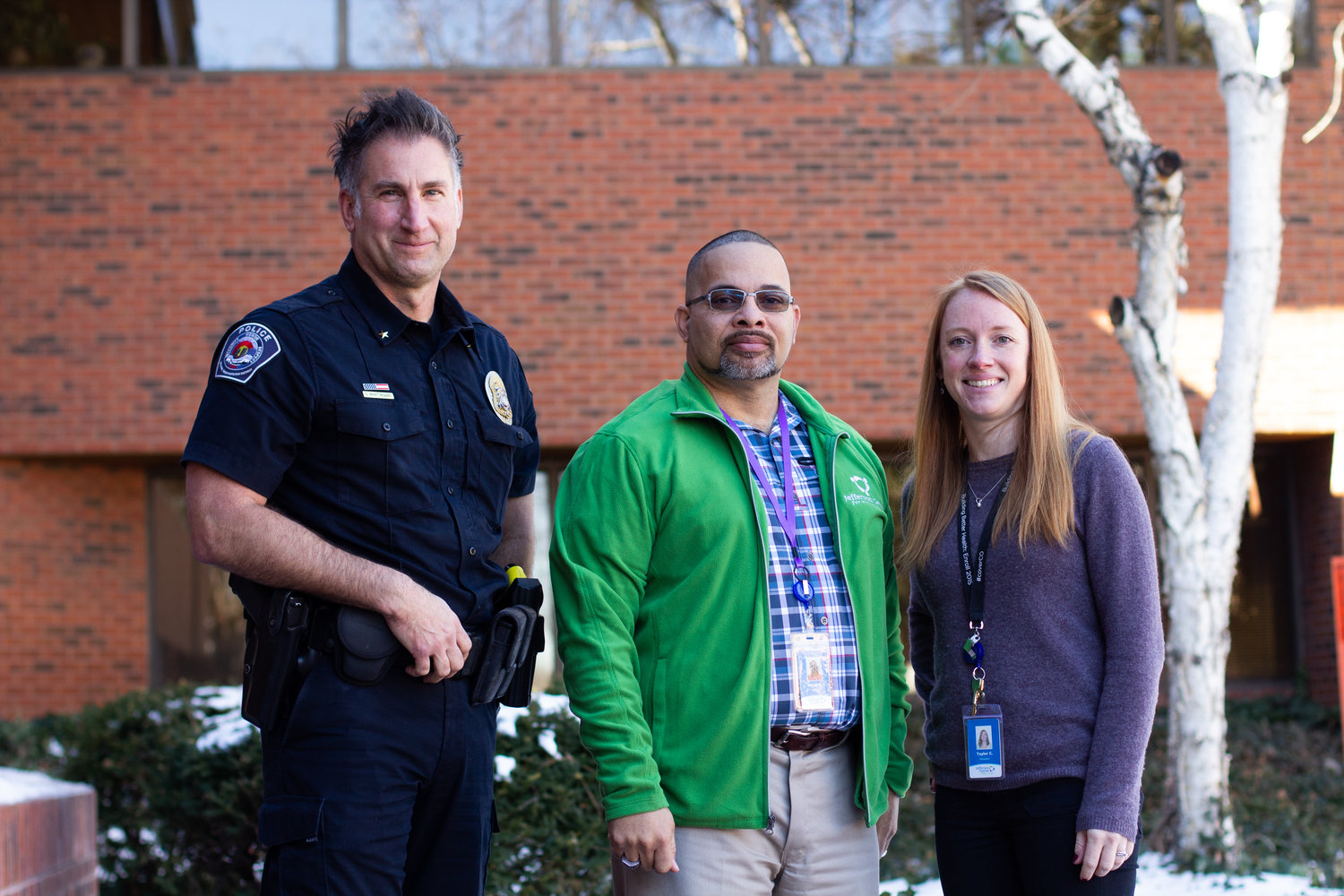 The Jefferson Center for Mental Health (JCMH) partners with RTD to provide a mental health professional on trains and at stations to help those in need of care, people in crisis and homeless people with mental health needs.

According to JCMH spokesperson Stephanie Schiemann, in this new and unique role, a navigator will make contact on RTD trains and at stations, offering assistance in the form of resource referrals. The navigator will also develop trauma-informed standards of care for RTD, while acting as a liaison between RTD and the community.

“The Jefferson Center participated in a bidding process to host this important role, and we are honored that RTD has recognized the high quality of care we can provide,” said Schiemann.

Steve Martingano, deputy chief, RTD Transit Police, said more than three years ago, RTD launched a co-responder unit, where clinicians from the Denver Mental Health Center would accompany district police officers on related calls. to mental health in the city and county of Denver. He said the data captured through this program – the types of contacts and diagnoses they made and information about the people they contacted – indicated that up to 68% of the people they were helping were homeless.

“Our buses and trains take many of these people to their appointments and other services they receive through various outreach organizations,” he said. “So we started looking to hire someone full-time.”

Martiningano said that since they operate in eight counties and mental health counselors often did not have all the knowledge necessary to effectively serve the homeless people RTD had contact with, they realized that their passengers would be better served by a full-time homeless navigator.

“When we had to go and destroy a camp – ask people to leave, we didn’t know where to send them,” he said. “We felt that if someone could work with us on this, it was better for everyone involved, so we applied for and received the Hope Grant through the Federal Transportation Administration.

From there, he said, RTD took the money and accepted offers from different organizations to help create the program. That’s where the Jefferson Center came in – it won the auction.

“We’re doing a lot more in terms of outreach and homeless services in this area, so it felt like a really nice extension of the work we were already building in-house,” she said.

Alton Reynolds was hired to fill the new position. As the new RTD Navigator and Case Manager, Reynolds is on the front line, armed with knowledge of the resources available to help transit riders in need as well as those living in camps on or along the routes. RTD bus and train.

Clepper said Reynolds will work in Jefferson County, but will also connect the dots for transit-related cases throughout the region.

“Alton gets on the tracks, he goes to the stations – he’s the one who connects with people who are homeless and makes those connections to resources in the community,” Clepper said.

All agree that the new position will create quite a challenge. Fortunately, Reynolds was able to start running.

With several years of experience as an RTD driver, Reynolds already knew the routes and was familiar with the types of situations he would likely encounter in his new role.

Right now, he’s meeting with community partners, making preliminary connections to be a more effective navigator when the program really kicks off. Along with raising awareness of mental health and homelessness, it will also raise awareness of other supports and benefits such as reduced rates, available to certain runners.

Reynolds also works with homeless navigators in various municipalities, including Lakewood, to strengthen connection points at Jeffco and beyond, even going with the Lakewood Community Action Team to learn more about different ways to offer help.

Reynolds said some people he comes into contact with are more receptive to leveraging resources than others. But he is willing to make multiple contacts to build the trust that will eventually lead to people finding permanent housing.

Clepper said many people who are homeless or have mental health needs have a level of distrust in the system that can make it necessary to re-engage after initial contact, so patience is key.

According to Martiningano, the grant will fund the program for one year. He said at just a month it is too early to assess the success of the program, but he hopes the data will show it is effective, allowing RTD to continue raising awareness.

And it, he said, also benefits his officers, by allowing trained mental health clinicians or other professionals to help when needed, taking some of the burden off policing of public transport.

Reynolds added that this is about showing the community that the RTD Police are not only interested in enforcing the law, but they are also interested in providing people with the proper services they need.