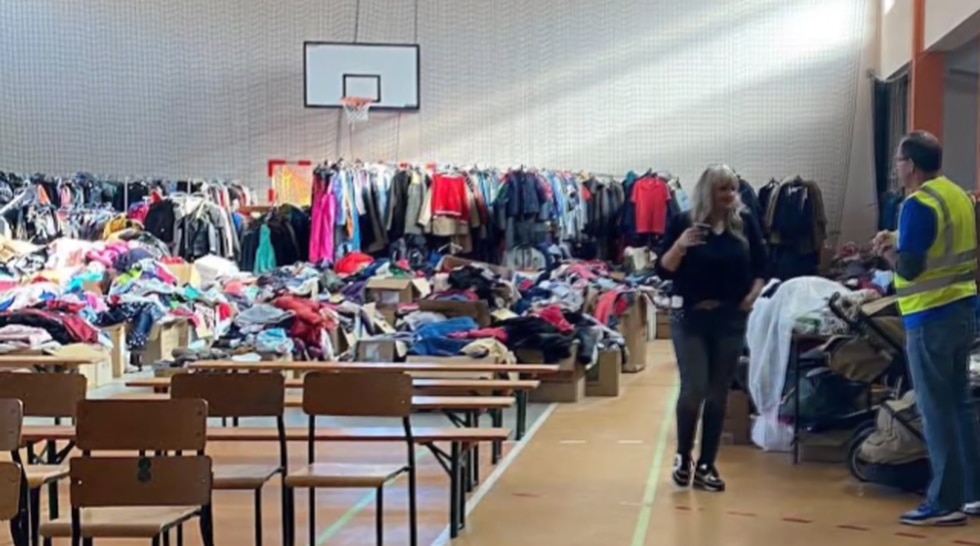 CHARLOTTE, NC (WBTV) — Joe Lenihan, the developer of Loray Mill in Gastonia, just returned from his first trip to the Polish-Ukrainian border.

He created a GoFundMe to raise funds for school supplies with the aim of distributing 1,000 kits to refugees and their families. He has achieved this goal and he says he is just getting started.

Lenihan documented his 10 days on the border through a video diary put online.

He learned a lot once he got to the ground and got closer to Lviv where most people were evacuating.

He returned to Gastonia on Sunday.

He says there are images he will never forget.

“To see elderly couples in wheelchairs being transported across the border with tears in their eyes, knowing they have just been ripped from their homes,” he said. “They may never go back home and they realize that. I had a young boy who had just come out of Mariupol and, as we know, they demolished this town. They were shocked. They were different from the refugees from Lviv. It was PTSD, it was a look in their eyes, it was a different look, and it’s heartbreaking.

He says the simple act of handing out school supplies has made a difference.

“We saw a lot of tragedies, but we were also able to help,” he said. “If we just made a kid smile, it was worth it, and we did.”

He plans to increase the goal to $125,000 and is looking for corporate sponsors.

“The way to do it now is to buy the supplies in Poland and have a team of volunteers there to assemble the packages and drive them to the border,” he said.

That’s what he plans to do on his next trip in May, when he hopes to distribute at least 5,000 kits.

“We are so blessed, I’m so grateful for what I have, but it’s always a bit risky, and we have to remember if we can help someone else than we should,” he said. -he declares.

A dozen volunteers have already told Lenihan they will join him on his next trip.