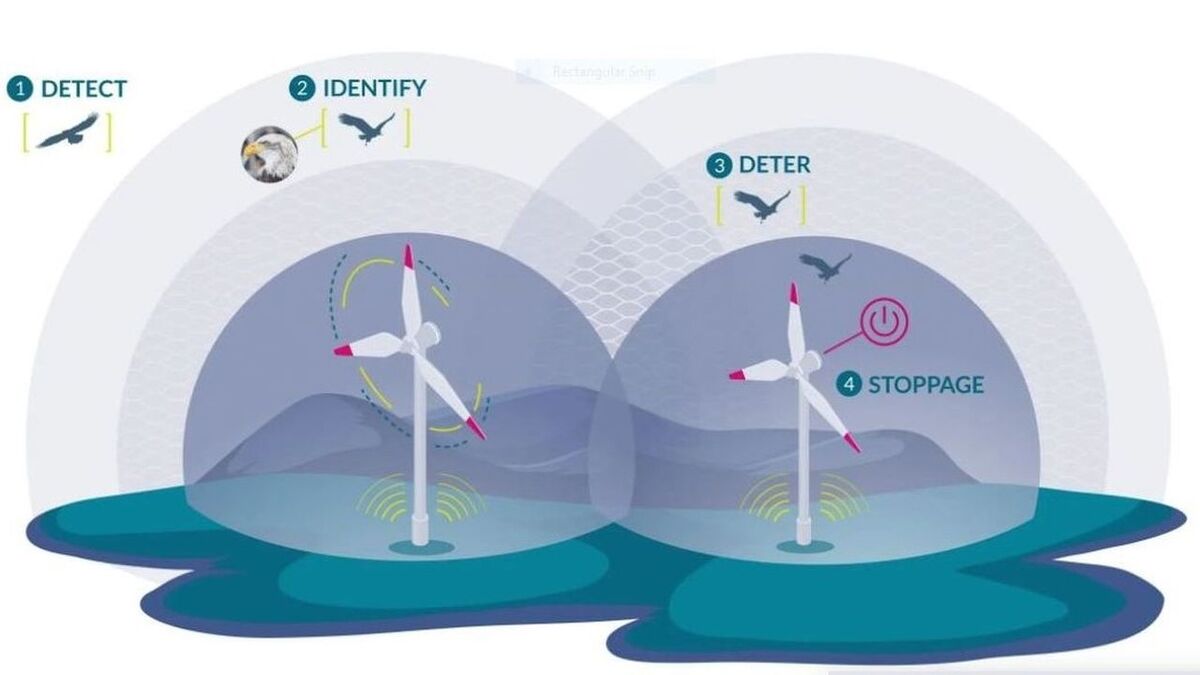 Nvbird used radar and cameras to detect birds that might collide with offshore turbines (source: Nvisionist)

Greek start-up Nvisionist has unveiled a new version of its award-winning Nvbird system, designed to detect birds near offshore wind farms, classify them according to species and deter them from entering an area

The company’s general manager, Tassos Alefantos, participated in a session, Technology to mitigate and ensure positive impacts on biodiversity, at the WindEurope exhibition and conference in Bilbao earlier this month. The company has developed similar systems for use in airports and other applications where birds may be at risk and has won several awards for its technology.

The system combines the use of advanced but inexpensive 3D radars on the perimeter of an offshore wind farm, RGB cameras, and artificial intelligence and machine learning technology to identify birds.

Once the birds are detected by the radar and their trajectory determined, cameras mounted on the turbines obtain images of them and a specially developed algorithm allows Nvbird to detect and recognize bird species with a high level of accuracy.

The system analyzes their flight path and activates audio devices that deter them from entering areas where they might be at risk. The system is also able to be integrated with a wind turbine to shut it down until the birds are safe.