RN Agarwal, the developer of the Agni missile living a quiet life in Hyderabad 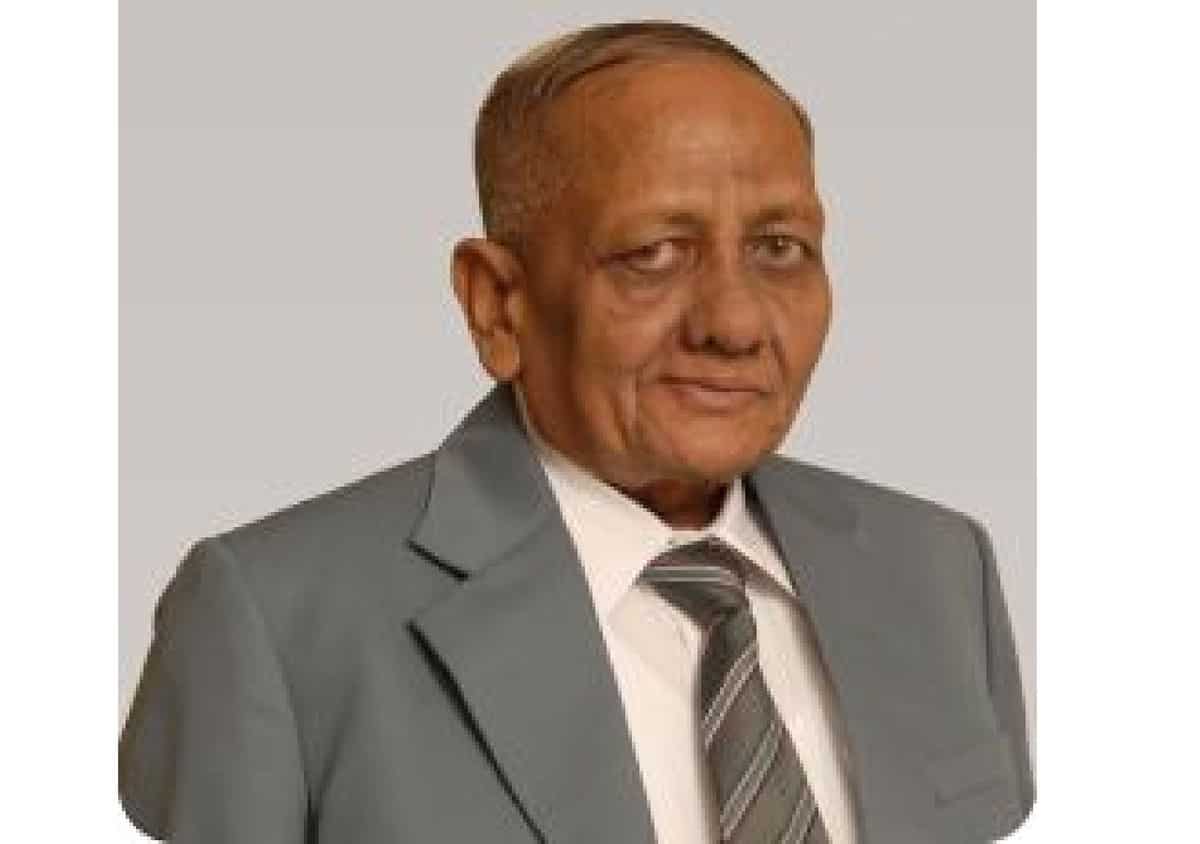 RN Agarwal, the developer of the Agni missile living a quiet life in Hyderabad

In India’s missile circles, he is affectionately referred to as “Agni Agarwal”. An outstanding aerospace engineer, Ram Narain Agarwal should be credited with being the architect of the Agni missiles. Agni V, the intercontinental ballistic missile (ICBM), catapulted India into the exclusive club of nations: United States, Russia, China, France, United Kingdom, Israel and North Korea.

On May 22, 1989, exactly 23 years ago, as program director, Agarwal and his team successfully tested the Agni missile over 800 km with a payload of 1000 kg. It was the medium-range ballistic missile launched from Chandipur’s temporary offshore test range, Balasore, off the coast of Odisha. It had to be postponed twice – first on April 20, 1989, and then on May 1, 1989 due to last minute detection of technical problems.

The success surprised many developed countries and angered them as well. India described the Agni at this stage as a “technology demonstrator”. In short, it established the rare capability of re-entry technology – the missile leaving Earth’s atmosphere and then re-entering it. It has opened up many space applications from next-generation launch vehicles, planetary exploration, outer space transportation, etc. to India. There was no intention to deploy this version as a weapons delivery system, was the government position then.

Agni – crown jewel of the IGMDP

The Agni project was the “crown jewel” of the Integrated Guided Missile Development Program (IGMDP) launched in 1983 by the Indian government. The ambitious program was sanctioned by Prime Minister Indira Gandhi at a time when missile technology could not be obtained for “money or friendship”. Mrs. Gandhi handed over the leadership responsibility to A PJ Abdul Kalam.

By 1982, Kalam had joined the Defense Research and Development Laboratory (DRDL) in Hyderabad. He came from the Indian Space Research Organization and had pledged to turn around the struggling defense lab. The management and the IGMDP gave the right impetus and brought out the best in him as a team leader, motivator and coordinator.

However, the basic development initiatives for missile technology were started by RN Agarwal and his team at DRDL a few years earlier. Agarwal ran the laboratory’s aerodynamic test facility. The group participated in the construction of a supersonic wind tunnel and a high altitude test facility. In addition, he prepared a report on the re-entry test vehicle to test re-entry technology, which was essential for the Agni class of missiles.

Building on these foundations and coordinated work involving different laboratories at the Defense Research Development Organization (DRDO) in Hyderabad and the Terminal Ballistic Research Laboratory (TBRL) in Chandigarh, defense scientists have advanced regularly in the development of the slew of missiles.

From 1989 to 2020, defense scientists successfully developed Agni 1 to V versions with different ranges from 700 km to 5000 km and more. Agni V, the intercontinental ballistic missile (ICBM) launched in 2012 catapulted India into a global power to be reckoned with and forced China to adapt to reality, the pivotal role played by Ram Narain Agarwal and his team in the early stages had undoubtedly laid the foundation foundation.

Dr. Agarwal led the Agni mission as program director from 1983 until 2005, when he retired as director of the Advanced Systems Laboratory (ASL). As the IGMDP grew and the missiles began to be tested, the DRDO established the ASL and the Imarat Research Center. Later BrahMos came. With Bharat Dynamics Limited in manufacturing, Hyderabad became India’s “missile complex”.

Coming from a family of businessmen in Jaipur, Agarwal moved to Hyderabad and DRDO in the early 1970s. His fascination with aviation and space drew him to aeronautics. Somehow Agarwal turned out to be an exception in the family. He went on to earn an aeronautical engineering degree from the Madras Institute of Technology, also the Alma mater of Abdul Kalam. Subsequently, he did masters at the Indian Institute of Science in Bangalore.

In a way, Hyderabad turned out to be the right fit for the small aerospace engineer, a demanding leader, who carried out his duties with a high degree of commitment. Incidentally, the city of Nizam had a large population of northern business communities, especially from Rajasthan, who held large portfolios during Nizam’s rule. Kayasthas, Marwaris and traders made significant contribution to the city. During a visit to his home in ‘Rakshapuram’, Kanchanbagh, which houses the Defense Laboratory Group, by me and Mir Ayoob Ali Khan, a seasoned journalist, he lucidly explained these aspects and the ease with which he could connect with locals in Hyderabad, especially the old city. Incidentally, Ms. Agarwal, a Kasyatha from a prominent family in the city, also worked at a school in the neighborhood and the family happily settled there after retiring from the DRDO in 2005.

On January 1, 2002, the first day of FSA’s founding, I was fortunate enough to attend the event with Dr. R Chidambaram, one of the main nuclear scientists behind Pokhran-2 in May 1998, as the main guest. It was very telling to understand the wide range of indigenization that ASL had achieved from lightweight composites used in Agni’s nose tip that withstood temperatures in excess of 3000 degrees for rocket engines and many key components . ASL was the main institute of the Agni program.

Agarwal was a doer, achiever and taskmaster. But, the top secret nature of the Agni project, the need to keep everything secret and Abdul Kalam’s notoriety have somehow overshadowed his achievements in the public domain. Moreover, in 2004, to his disappointment, he was surprisingly propelled to the position of Managing Director, DRDO by Dr. M Natarajan, who was leading, Arjun, the Main Battle Tank Project.

In a long career spanning over four decades, Agarwal has won numerous awards and accolades including the Padma Bhushan. He also trained several leaders including Avinash Chander who became DG of DRDO and V Sekharan (former ASL Director) made significant contributions to the development of Agni 1 to V and took them through the production and induction phases in the defense forces. Agarwal, who is now over 80 years old, preferred to settle in Hyderabad to lead a quiet life.

To sum up, ‘A for Agni missile and Agni is Agarwal, might well be an apt description of his invaluable contributions to India’s missile development. Even Kalam, who later became the head of the DRDO, the main scientific adviser to the Union government. and President of India in his biography “Wings of Fire”, acknowledged Agni’s development to RN Agarwal.