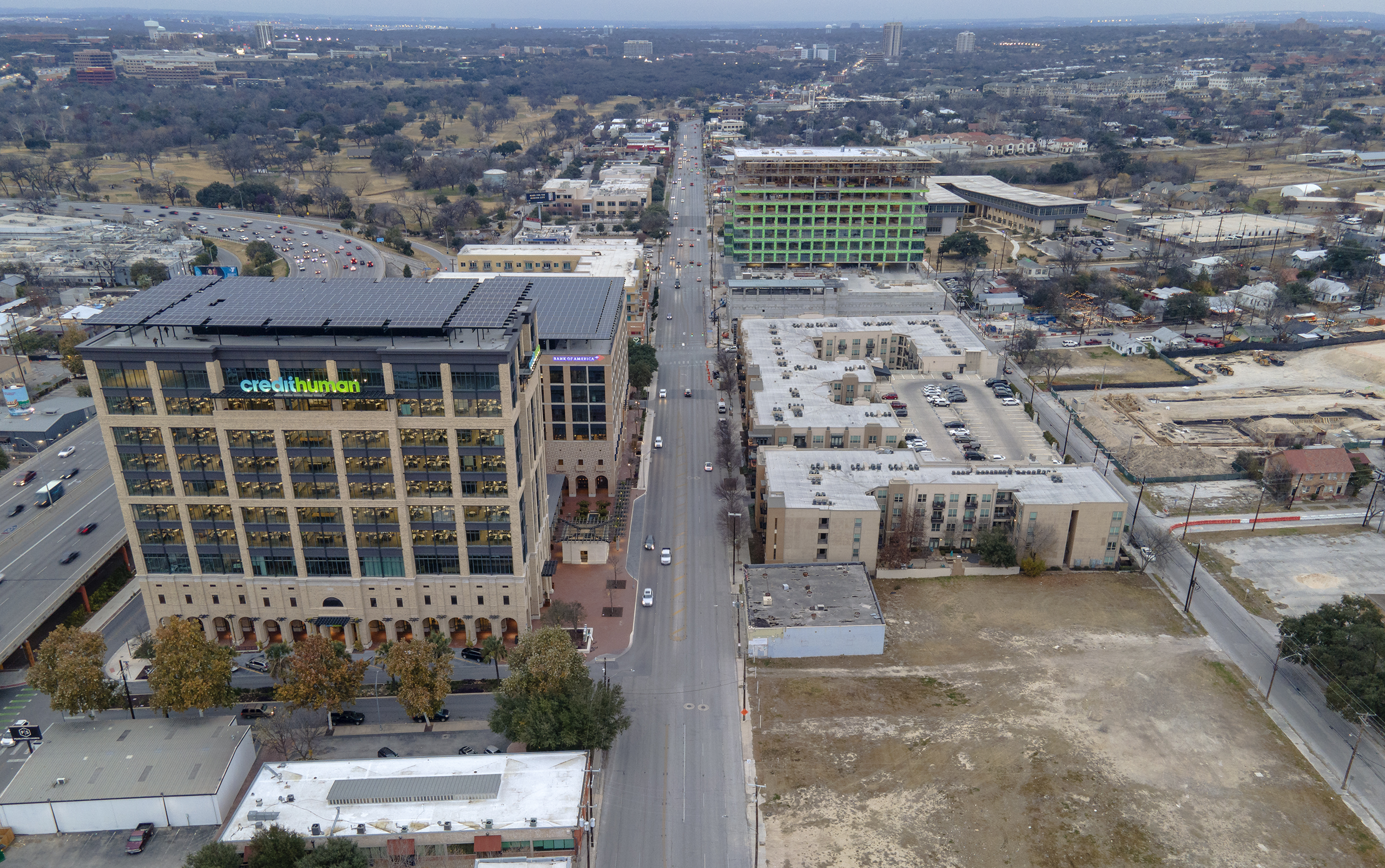 Owners of several city blocks near the Pearl could build buildings as high as 15 stories due to a recommendation made Wednesday at a meeting of the History and Design Review Commission (HDRC) .

This exception to the rules governing the development near River Walk, which limits the height of buildings to 10 stories, came at the request of BESA Land Partners, a subsidiary of the local real estate company fulcrum development.

Commissioners have approved BESA’s request to place what is called a development node overlay for properties within the River Improvement Overlay (RIO) to increase the permitted building height.

A development node in this area would allow the developer to exceed the height of the building by 50%, which could mean that BESA could build up to 15 floors. It also allows zero setbacks from all property lines.

Adopting development nodes in an RIO district requires review by the HDRC and the Zoning Commission, according to a proposed Unified Development Code amendment that will be considered by the city council this fall.

“But just because you get approval from the development node doesn’t mean your design is going to be approved,” said Ashley Farrimond, attorney representing BESA. “It just gives us the ability to have extra height. But this is still subject to HDRC approval.

Fulcrum acquired about 15 acres of property between Broadway and North Alamo streets in 2021, but has yet to announce plans to develop the booming area east of the Pearl.

Fulcrum is behind major retail developments in North San Antonio – including Culebra Commons, downtown Alon and the Strand in Huebner Oaks – and in Schertz and Cibolo.

GrayStreet Partners has amassed approximately 23 acres of property in the area with the goal of developing a planned community focused on retail and residential.

But the developer began divesting itself of that property in 2020, selling 4 acres to Dallas-based Encore Enterprises. Encore has a five-story, $90 million residential tower under construction at the corner of Carson and Austin streets.

There are six river improvement overlay districts in San Antonio. The purpose of these zoning overlays is to establish City of San Antonio regulations that protect, preserve, and enhance the San Antonio River.

The Fulcrum property is located in RIO-2, which covers an area stretching from US Highway 281 North to Lexington Avenue in downtown San Antonio.

RIO-2’s design goals are to encourage high-density, mixed-use developments and tourist uses as well as housing for downtown workers, according to a description on the city’s website. It also aims to improve the pedestrian experience and promote facilities that include balconies overlooking the river.

BESA’s application to the commission indicates that the Fulcrum property meets the second requirement because it is located near the interchange of Highways 37 and 35. At approximately 3.25 acres – only a portion of what Fulcrum owns in the area – the property also meets the development node size range of between 3 and 20 acres.

Additionally, the development node is in close proximity to two other already existing nodes, including one west of Broadway Street across from the BESA property, according to a statement in the HDRC application.

On the west side of Broadway is the eight-story Oxbow office building developed by Silver Ventures and a 12-story tower that is the headquarters of Credit Human.

One of two other nearby development nodes exists just south of these properties at 1611 Broadway, where GrayStreet planned to build a 20-story mixed-use tower. This node was gap approved in 2018.

Another is at Broadway and Grayson Streets, where Jefferson Bank is building a new headquarters that will have 13 levels when completed in 2023.

The code also requires that a development within the node provide at least two uses of three options: office, retail, and multi-family dwelling. In recommending approval of the application, city staff said the requirement was met in the developer’s proposal.

The Conservation Society of San Antonio has spoken out against the development node.

“We do not support an overlay that would allow development with zero foot setbacks with maximum heights,” said Kathy Krnavek, first vice president and assistant to the president of the Conservation Society. “New development on this section of Broadway should promote a pedestrian experience.”

Farrimond said the developer has not determined what will be built on the property.

“We’re asking for the development node, which is technically a zoning designation, so it’s very early in the process,” she said. “The design and what the project will look like – what it’s actually going to be – all of that is coming up.”