READING – A panel of aging policy experts will advise the city’s Center for Active Living (ReCAL) committee on how best to approach a possible redevelopment of the senior center at a public forum next week .

According to city officials and members of the ReCAL committee, a team from the UMass Institute of Gerontology is set to present the findings of a recent analysis on June 1 that compares Reading’s Pleasant Street Center building and associated services with facilities. similar in 21 surrounding communities.

With residents and other key stakeholders invited to join the conversation, next Thursday evening’s public forum will begin at 7 p.m. at the Reading Public Library.

“This is the third public forum, hosted by the City of Reading with the team from the UMass Institute of Gerontology, to seek input on how the city should plan for a potential new seniors/community centre, otherwise known as the Center for Active Living. said city officials in a recent statement announcing next Thursday’s meeting.

The seven-member ReCAL committee heads to the public forum on June 1 with some momentum behind them, as the city’s ARPA advisory committee voted unanimously Tuesday night in favor of the $450,000 direction. of federal COVID-19 rescue funds towards a new seniors/community center.

The select committee, which is expected to consider this funding recommendation at its next meeting on Tuesday evening, is being asked to grant $300,000 for a general feasibility study. Additional expenditures of $150,000 are also proposed to prepare detailed analyzes of parking needs and potential environmental reduction costs at the existing Pleasant Street building. A report examining the impact of designating the existing facility as a historic building on construction costs is also expected.

According to city administrator Fidel Maltez, the public forum of the ReCAL board next Thursday will be just one of the many ways that citizens can participate in the debate on whether to expand the existing building of the center for the elderly. or build a whole new community center in another yet to come. location to be determined.

“In addition to the listening sessions, there will be focus groups and a community survey to make sure we give everyone a chance to be heard. The Select Committee, City Assembly, Reading ARPA Advisory Committee, Council on Aging and others have and will continue to be an important part of this conversation,” Maltez said.

While interested citizens are assured of future opportunities to contribute to the discussion, the findings of the UMass Institute of Gerontology should prove particularly noteworthy, as the same organization advised city officials in 2017 that senior departments of Reading were insufficient to meet the needs of the city’s growing elderly population. .

In the 58-page report, UMass team lead researchers Dr. Caitlin Coyle and Dr. Jan Mutchler noted that nearly 40% of all Reading households include at least one person over the age of 60. , while overall, the elderly in the next few decades are expected to make up almost 30% of the local population.

The team also noted several social and financial stressors faced by people aged 65 and over, one in four of whom live alone. Although residents of the typical Reading household earn an average of $125,000, local seniors — with a median annual income of $47,000 — would struggle to manage the rising cost of living expenses.

The authors also noted that a number of older adults live with disabilities and other medical conditions that limit their mobility and transportation options, pose unique challenges to the concept of “aging in place” within their homes. and are particularly troublesome given the current situation of the elderly. center accessibility problems.

“Older residents living alone are the most disadvantaged in terms of household income. Senior men living alone have a median income of $28,529, compared to $23,841 for senior women living alone. Given that approximately 27% of residents aged 65 and over live alone in Reading, these figures suggest that a significant number of residents are at risk of economic insecurity,” UMass experts concluded.

As Maltez summarized this week, local leaders eventually began to consider expanding or building an entirely new seniors’ center as a direct result of the 2017 UMass Gerontology Institute study. Staff from the city’s seniors and human services division have also used the 58-page report to guide their budget decisions over the past few years.

“The existing seniors’ centre, the Pleasant Street Center (PSC), has served the community well but cannot meet the needs of the city’s current elderly population,” Maltez and other local officials said in a statement. prepared this week. 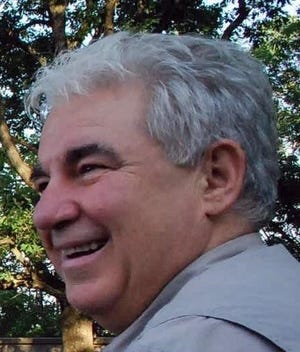