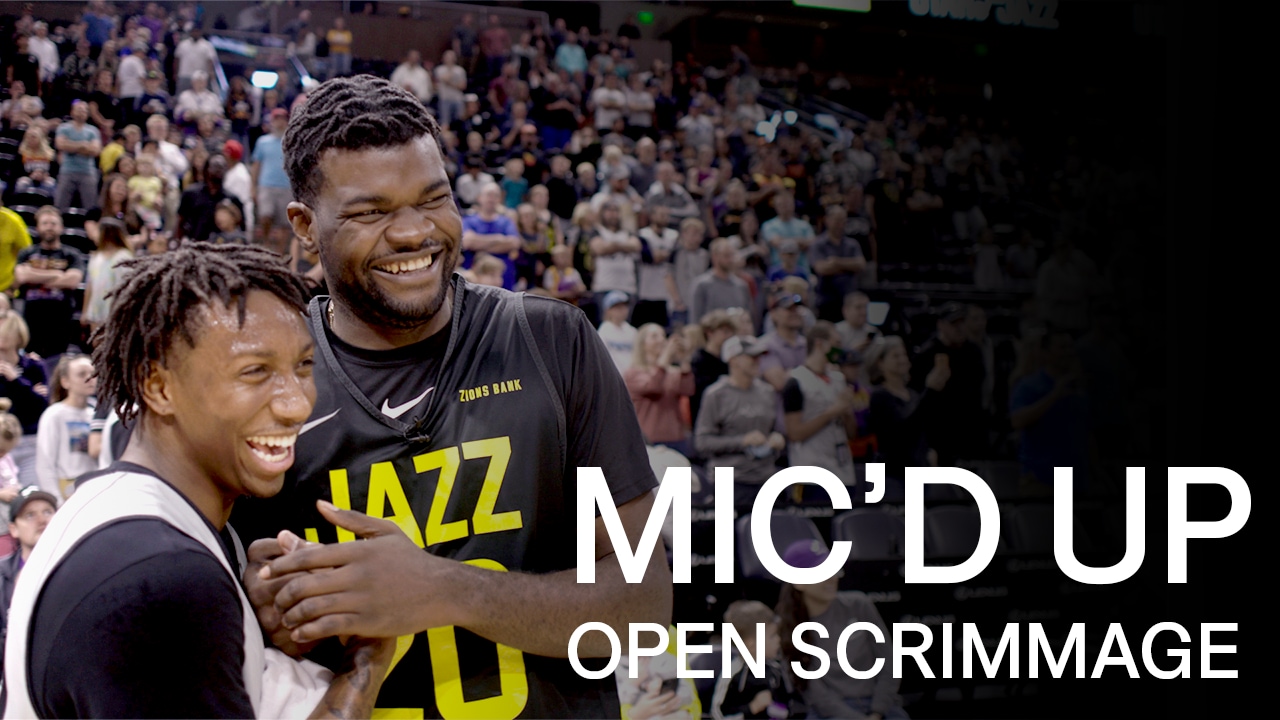 Entering the Vivint Arena on Saturday morning, many fans didn’t know what to expect.

It was the first time they had seen head coach Will Hardy in person, as well as key newcomers like Lauri Markkanen, Collin Sexton and Jarred Vanderbilt. Although Jordan Clarkson and Mike Conley are hugely well-known, it was also the first time fans saw the veterans in their new roles with a young and inexperienced Utah team.

But when Jazz Nation left the arena a few hours later, it was clear that the excitement surrounding Hardy and the team was legitimate and still building.

Throughout the 90 minutes of scrimmage, the players were able to captivate those in attendance with plenty of jaw-dropping dunks, deep three-point shots and a dubiously sung song. All in all, the Jazz managed to mix competition and joy perfectly, as everyone seemed to have had a great time.

For those who weren’t able to attend, the Jazz released a behind-the-scenes video of what happened throughout the day – including center Udoka Azubuike being mic’d throughout the event.

Utah returns to action Tuesday night when they host San Antonio in their third preseason game of the year. Tipoff is scheduled for 7 p.m. MST.