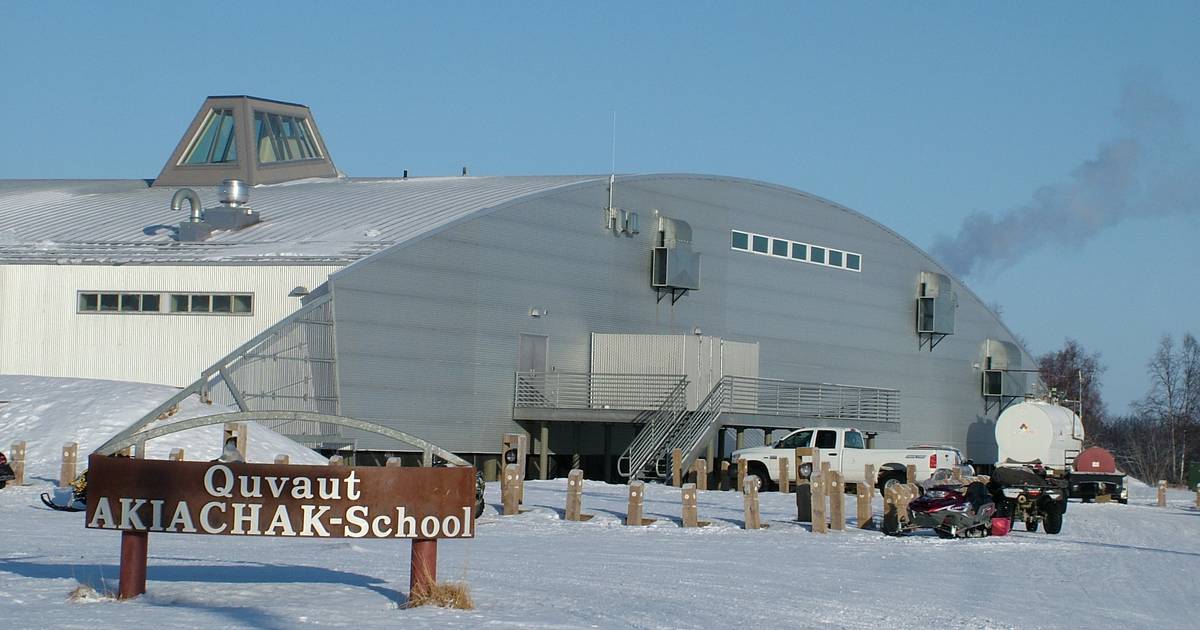 This story originally appeared on KYUK Public Media and is republished here with permission.

For years, students in the Yupiit School District were already following an unofficial subsistence schedule. This meant that they would simply not show up to classes during spring bird hunting season and fall moose hunting season. Now, thanks to the shift to a subsistence schedule, students in Yupiit School District, a small district comprising only Tuluksak, Akiak and Akiachak, will no longer have to miss school to go hunting.

For Scott Ballard, the superintendent, it always made sense to change the school year so it wouldn’t interfere with these activities. When Ballard began the process of changing the school district’s schedule, he thought it would be pretty straightforward.

“It will be a slam dunk. We’ll ask the education commissioner, he’ll give us the waiver, and we’ll be done,” Ballard said. “It was not easy at all.”

Instead, Ballard said it took months of phone calls. Ballard went from superintendent to activist as he worked to win the support of senators and state officials. He negotiated with the Alaska Department of Education and Early Childhood Development and its commissioner. Finally, in April, the ministry approved the waiver for a subsistence schedule. For Ballard, all the effort was worth it.

“We think this is going to really benefit our students and connect our communities to the school,” Ballard said. “Instead of seeing the school as this foreign institution that occupies their village and promotes Western values ​​and Western education.”

The change is simple. Instead of August to May, the school will only be open from September to the end of April. To make up for lost time, 30 minutes of lessons are added to each day. There is also an optional two-week summer school in August which includes subsistence activities. According to Moses Peter, a member of the Yupiit School District Board of Trustees, the change is part of a decades-long initiative by the board to center Yup’ik culture in the educational goals and curriculum of the school district. district studies.

“We don’t want our future generations to forget who we are,” said Peter. “We want to educate them about our ancestors and how they survived in this harsh environment.”

This effort goes beyond changing the pace of the school year. This means incorporating Yup’ik culture into everything the district does. Woody Woodgate, director of federal programs for the Yupiit School District, said the district tries to match traditional cultural activities with state educational standards. The summer school this year was a fishing camp organized by the district. Woodgate said the kids loved it.

“They had just come out, having fun. They had the chance to do all kinds of activities,” Woodgate said. “They sat and drank Ayuk tea, tundra tea, and they heard stories from elders and community members.”

The district already incorporates activities such as fishing, hunting and gathering into its schedule for the rest of the year. They also study other important issues for the community, such as river erosion science labs.

Peter believes this is the best way for children to learn. That’s how he learned. When he was growing up, his parents took him out of the Bureau of Indian Affairs school he attended and took him to spring camp.

“The real environment was our upbringing,” Peter said. “How to survive, how to get along as a village, as a whole village.”

Ballard and the board believe that a focus on Yup’ik culture should permeate all aspects of the school, from the subjects students study to the meals they eat. If students are excited about what they’re learning and eat salmon they’ve caught instead of chicken nuggets for lunch, Ballard thinks they’ll be happier and more engaged in education. If students are happier, teachers are happier, which makes it easier to retain teachers.

“We strive to make sure that every child, when they wake up in the morning, are as excited as possible to come to school,” Ballard said.

This is the first year the district has operated on a subsistence schedule. Ballard said they will be able to assess whether the change has increased student attendance and engagement by the end of the school year.